Had my wife, children and I not moved to the country from Denver in 1980, I probably would have never put the paranormal events of my life into a pattern that left no doubt I had been abducted not once, but many times. My memoir is an account of how the realization came to me that I was a contactee and the effects alien abductions have had on my life. My first insights were based on the bizarre dreams that I began having shortly after we moved to our new home in rural Colorado

According to the 1991 Roper Organization blind survey and the Unusual Personal Experiences Report, one in 50 Americans had been abducted by extraterrestrials (ETs). Paranormal researchers reported that ETs have the ability to induce a state of amnesia in certain memory areas of our brain. I was one of those abducted when I was young but didn’t realize it until I was 43 years old. I then knew I had not been abducted once, but many times.

FLASHBACKS  is a memoir of my and my family’s experiences with extraterrestrials (ETs), Native American spirits, and entities from other dimensions.
FLASHBACKS contains the first known photographic evidence of:

FLASHBACKS premiered October 2016 at the AlienCon Convention in Santa Clara California. Author and presenter, Sean Bartok, was a featured speaker at the 2019 MegaCon Convention in Laughlin NV.  He has been the featured speaker at several Mufon events, including Mufon Orange County in Los Angeles, also at the International UPARS, Los Angeles. Sean  has given interviews about alien abductions and UFO sightings on Supernatural Girlz Radio, with Patricia Baker and Patricia Kirkman, The Mysterious Universe, with Benjamin Grundy, and several times on the Fenton Files, with Lorien Fenton. 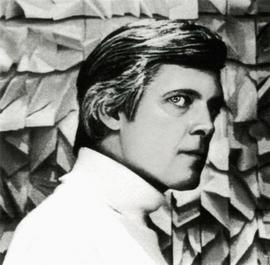 ...one star person lifted me up from behind and the second one guided me out of the circle toward the house ...

Abducted not once, but many times

JUNE 2021 - Soon the Pentagon will be releasing its report acknowledging that UFO sightings exist, UFOs cannot be explained away, and UFOs should be taken seriously. In the report UFOs are referred to as Unidentified Aerial Phenomena (UAP).

FLASHBACKS NOW AVAILABLE ON AMAZON! GET YOURS TODAY